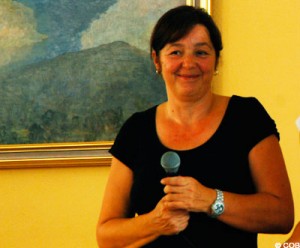 The Medjugorje visionaries began meeting with the seventeen-member Vatican commission set up to investigate the apparitions, in March, 2010. Ivanka Ivankovic-Elez was the first of the seers to be called and questioned. The Bosnian newspaper Otvoreno has talked to Ivanka’s husband, Rajko Elez, who said, while interviewed over the telephone, that he was sorry that he could not say a word about what his wife was doing in Rome, during the time of her interview, because everything related to the topic is subject to an oath with likenesses to the seal of confession.

Yet a few hints of how the interview went heave leaked out. According to several Croatian news media, the well-respected Rome-based newspaper Il Messaggero has learned that visionary Ivanka Ivankovic-Elez made a good impression during her three hour audience before the commission on a day around June 10th. The article from Il Messaggero, the most read daily newspaper in Rome and central Italy, reported that the “visionary Ivanka Ivankovic-Elez gave detailed and convincing answers to the questions of the committee.”

According to the Croatian online media dalje.com, Vicka Ivankovic-Mijatovic will be the next visionary to testify before the commission. This runs contrary to a recent report from the Catholic news service Spirit Daily and The Medjugorje Newsletter by Weible Columns, which report that Mirjana Dragicevic-Soldo is next in line to be summoned to Rome. 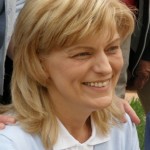 Weible Column’s Medjugorje Newsletter reports that the commission has already held two sessions at which the local bishop of Mostar, Ratko Peric and Fr. Ivan Sesar, Provincial of the Franciscan Herzegovina province were questioned, among others.

According to Liam Prendergast, the leader of National Medjugorje Council of Ireland, the Bishop Peric personally told him about his lack of belief in apparitions in general. It happened during a meeting on October 9th 1998 in the episcopal palace in Mostar. This information has been captured in a sworn statement about the meeting, now made public by MaryTV.

In the statement, Prendergast tells that he visited the bishop together with Fr. John Chisholm, an Irish priest, who served six years in Medjugorje, was held in high esteem by Medjugorje pilgrims, many of whom were convinced after going to confession to him that he has the gift of reading souls. Fr. Chishom has connections at the top of the Vatican, along with a CV which includes three PhDs. 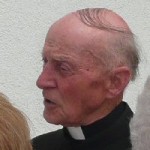 “During the talks,” writes Prendergast, “the Bishop denied any supernatural events occurring in Medjugorje. Fr. Chisholm referred to supernatural events at Lourdes and Fatima but the Bishop did not accept this and said he did not believe in any apparitions. When pressed on the Lourdes apparitions, he stated, ‘I believe what I am required to believe, that is the dogma of the Immaculate Conception that was issued four years before Bernadette’s alleged apparitions.’”

According to Liam Prendergast, Bishop Peric also said that he wants Medjugorje done away with:

“[Fr. John Chisholm] asked if there was any solution to the Hercegovina case [the war between the Bishop of Mostar and the Franciscans – over parishes, etc.]. The Bishop’s reply was: ‘The solution is that the Franciscans must submit and Medjugorje must be abolished.’ These words are clearly printed on my mind.”

The Bishop also told Prendergast that he has never met any of the Medjugorje visionaries:

“During our interview the Bishop completely discredited the visionaries of Medjugorje. He admitted that he had never met or spoken to any one of the six of them. This was a complete shock to me, to think that he, as the shepherd responsible for the salvation of their souls had never spoken to or tried to counsel them, since he took office five years previously,” Liam Prendergast tells.

“The foregoing facts are all true and quite clear in my recollection,” Prendergast ends his statement.

In his notes of introduction to the statement, MaryTV President and long-time Medjugorje documentarist, Denis Nolan, informs that all of the above is known by the Vatican:

“Several days after their meeting Fr. Chisholm (…) met with a high ranking Cardinal in the Curia, who told him, after he had relayed all that had transpired during that meeting, “Everything you have just told me is already known in Rome!”

Without believing in Marian apparitions like Lourdes and Fatima, it is currently impossible for the local bishop to believe in the apparitions of Medjugorje. No wonder “Rome Reports” would be telling us Pope Benedict XVI wants to make a new diocese for Medjugorje, taking it out of Bishop Peric’s diocese and giving it a new bishop with Makarska as the episcopal seat.  (See http://www.youtube.com/watch?v=xLcq0nzcSPA&feature=player_embedded).