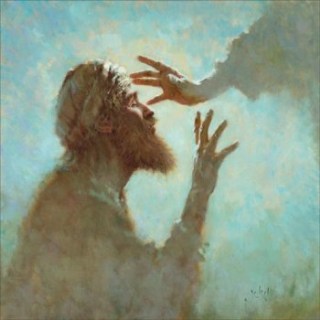 An 87-year-old man from Italy, who had been using a hearing device since the 1970s, suddenly started to hear during a Mass at Medjugorje.

Domenico Mascheri says his wife still cannot understand that she does not have to shout anymore. It all happened at an outdoor service on September 27 of this year. During the Mass, he started to hear by himself after 40 years of being totally dependent on hearing devices. When he went to the Mass that evening, it was after two days of total silence, as the batteries in his hearing devices had run out, and he did not have spares. He had climbed Apparition Hill that day with the help of a wooden cane.

Domenico sat on the bench with a small group of pilgrims and about half-way through reciting the Ave Maria–he told reporters back at home–he started to hear the pastor’s voice, which slowly became stronger until he could hear everything. He began to cry, and did not even tell his companions.

Later that evening Domenico told everyone in the group what had happened. They spent the rest of the evening partying and praising God for the beauty of the miracle of Domenico. (Source: www.Medjugorjetoday.tv)

Medjugorje is a fountain of spiritual fruits for the world. As of October, 2011, Medjugorje parish archivist Marija Dugandzic has confirmed that 532 healings were medically documented; 520 men became priests, as a result of a visit; 123 women became nuns, as a result of a visit, and 540,000 visits were registred from Cardinals, Bishops, priests, and nuns. (Source: www. Medjugorjetoday.tv)

And it is likely that hundreds, if not thousands of  healings, vocations, and visits have gone unreported to the the Medjugorje parish. On this Thanksgiving Day, 2011, let us give praise and thanksgiving to God for Medjugorje.