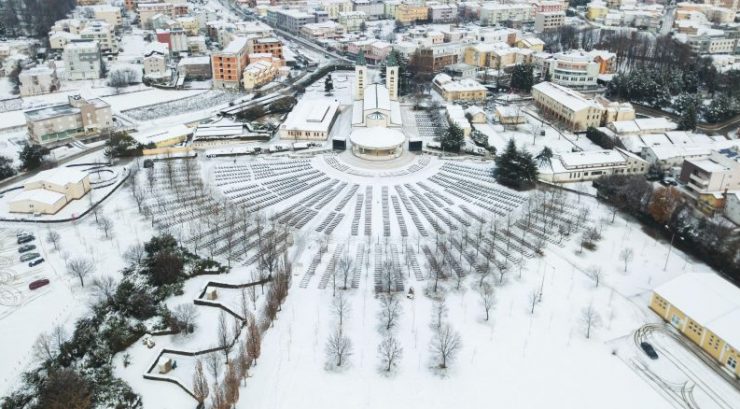 Great news coming out of Medjugorje:

Archbishop Henryk Hoser, whom Pope Francis named as the Apostolic Visitor to Medjugorje, has announced plans for the construction of a larger shrine at the popular pilgrimage site. Archbishop Hoser has pointed to the increasing numbers of pilgrims and to the way in which on their return home, “they do everything to keep on living in the spirit they have discovered here in Medjugorje.”

“The plan is to extend the space for liturgical celebrations, which will meet all the climatic conditions, it will be cold during summer, and warm in the winter. The open square, the outer altar space, does not protect the people who participate in the liturgical celebrations. We still think to build a chapel,” he said.

The archbishop also mentioned that a group of architects is already planning the project.

Additional impact of the appointment of Archbishop Hoser:

The number of Holy Communions has risen 300,000 during 2018, an increase of 19%. The previous four years saw a decrease, but due to what some are calling the “Hoser effect,” the numbers of pilgrims has increased significantly.