Featured on Marytv.tv is former Ambassador Kingon’s video testimony on giving the messages of Medjugorje to Reagan and Gorbachev. Watch the testimony at http://www.marytv.tv/, (scroll down the featured videos to see “Alfred Kingon’s Testimony), and read the fascinating write ups below: 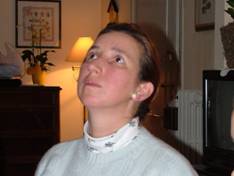 The Blessed Mother appears every day in this small village of Medjugorje in Yugoslavia. She sends us a message of peace. We know that you do your best to improve the peace in the world, and we remember you every day in our prayers. We want you to know that you can count on our prayers and sacrifices. In this way, we want to help you in your difficult task. Our Holy Mother said that with prayers and fasting, even wars can be avoided. May this message help you and Mary’s daily appearances be a sign to you also, that God loves His people. United in prayer, in the hearts of Jesus and Mary (The Queen of Peace), we express to you our love, and greet you with Peace.

Marija received a picture of President Reagan on Christmas Day, 1987, with this message: “To Marija Pavlovic—with my heartfelt thanks and every good wish. God Bless You. Sincerely, Ronald Reagan.”

Marija’s letter arrived just prior to his meeting with Mikhail Gorbachev at the December Nuclear Arms Summit in Washington, D.C. The letter was carried by the American Ambassador to Middle Europe, Alfred H. Kingon, who was on a two-week pilgrimage to Medjugorje to pray and fast for his sick son. He personally delivered the message to the White House. On December 8, 1987, the Ambassador called Marija from the White House to tell her that Mr. Reagan was delighted with the message and that after he had finished reading it, exclaimed, “Now, with a new spirit, I am going to the meeting with Mr. Gorbachev.” Later the same night, the White House tried to contact Marija, but could not get through. Mr. Kingon sent a letter to Marija to encourage her to also send a letter of peace to Mr. Gorbachev.

Gorbachev, it turns out, had been presented a synopsis of the Medjugorje messages by Ambassador Alfred Kingon of the U.S., who also briefed President Ronald Reagan on the apparitions after visiting the pilgrimage site. Michael Brown also commented on the event, at the time:

Reagan and Gorbachev were secretly briefed on Medjugorje

The news that former President Ronald Reagan broke his hip and was operated on over the weekend brought to mind his connection — never revealed to the general public — to the famous apparition site of Medjugorje, where the Virgin Mary has been appearing since 1981. 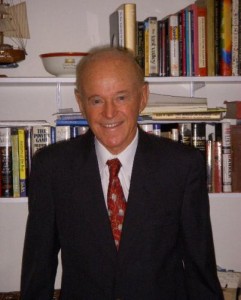 The connection came about because of Alfred Kingon, Reagan’s ambassador to the European Communities and a former assistant secretary of the Treasury who visited the village in 1987 and though he was raised in a home that was Jewish and Christian Scientist, became convinced of the apparitions. In fact so impressed was Kingon that he sent Reagan a personal two-and-a-half page summary.

And Kingon told us that Reagan responded so favorably that he even had his secretary try to contact one of the seers, Marija Pavlovic (but unfortunately in those days telephone lines to the village were tenuous and Reagan never reached her).

Then another ambassador, Jack Matlock, guided the document to the Soviet leader.

“There was no answer from Gorbachev, but it was indicated that he got it,” said Kingon, who strongly believes there is “something of great import going on” at Medjugorje. He told us he senses that in some fashion “the whole world is going to change.”

Another major official, Margaret Heckler, former Massachusetts congresswoman who served in Reagan’s Cabinet and was ambassador to Ireland, has also visited Medjugorje and says that she has seen the metal links in three of her rosaries mysteriously turn gold.

According to an organization called Medjugorje USA, the State Department has hundreds of pages of documents about Medjugorje — where in the early 1980s the Virgin came warning about the situation in the world. Postscript: when he retired Reagan was said to have placed a statue of Our Blessed Mother in his California office.